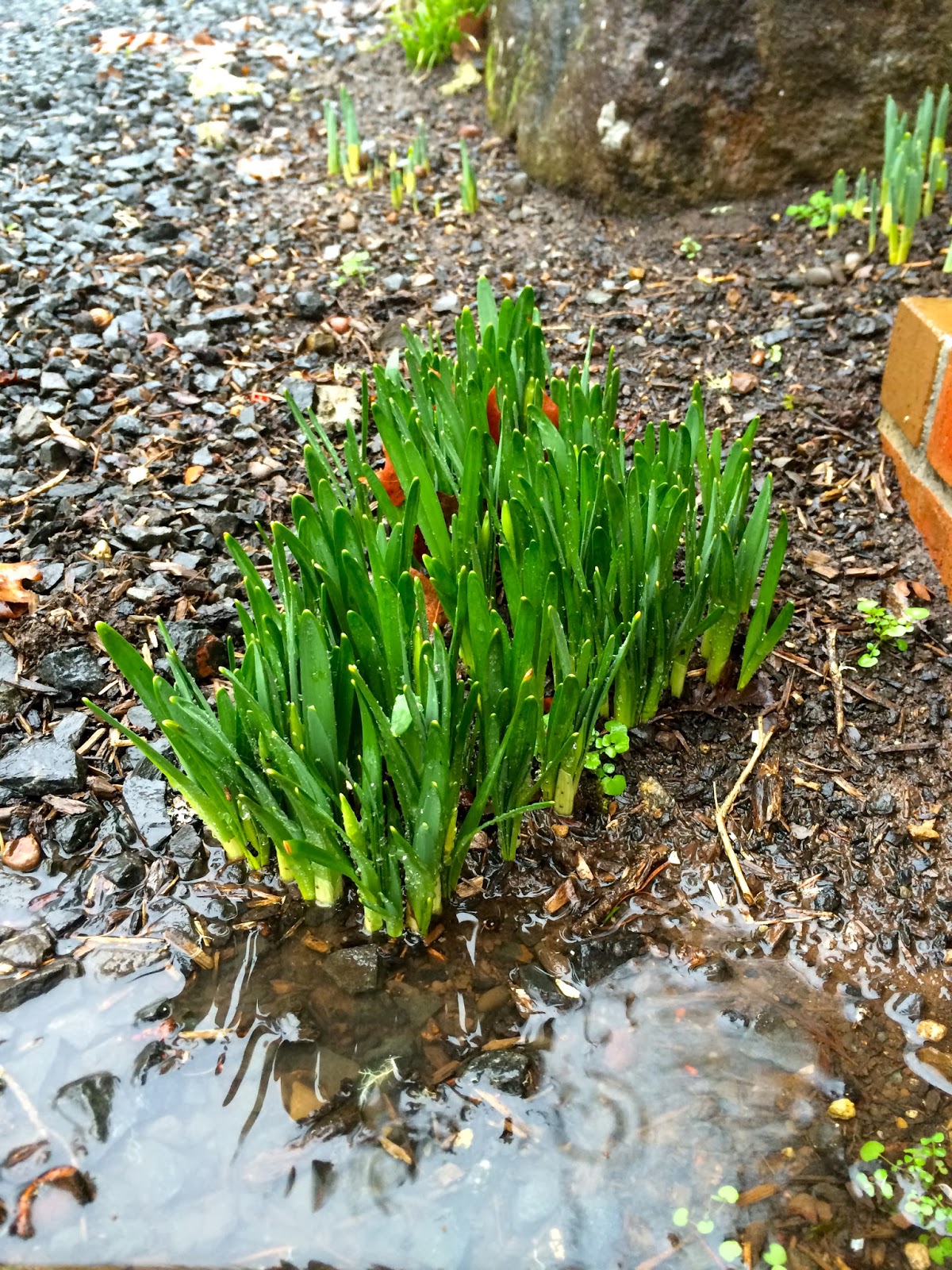 It's Groundhog's Day, but I don't need a forecast from Punxsutawney Phil. This year I can see the signs of spring rising from the sodden soil of my own front yard. In spite of frigid temperatures in December, a drought in January, and then a late, brief burst of rain,  the hardy spikes of daffodils have punctured the crust of a dormant earth to affirm the resiliency of life.

Along the driveway and beneath the bare arms of the oaks life is re-emerging. Year after year, this hardiness amazes and energizes me. On the sloping bank at the front of the yard, clusters of green sprouts hail the vigor of the grape hyacinth bulbs I dug into this clay last fall.  Already I'm feeling rewarded for the labor of planting them.

Somehow, I can't stop thinking about a May Sarton poem in which the legendary Phoenix bird becomes a symbol for the enduring spirit of life and love--the same spirit of creative energy that I see manifesting now in the mud of my yard. According to legend, the mythical Phoenix was said to live a full life and then in old age it built a nest of sticks and twigs which became its funeral pyre. As fire consumed the aged Phoenix and the remains cooled, a young bird rose rom the ashes, reborn to soar anew. 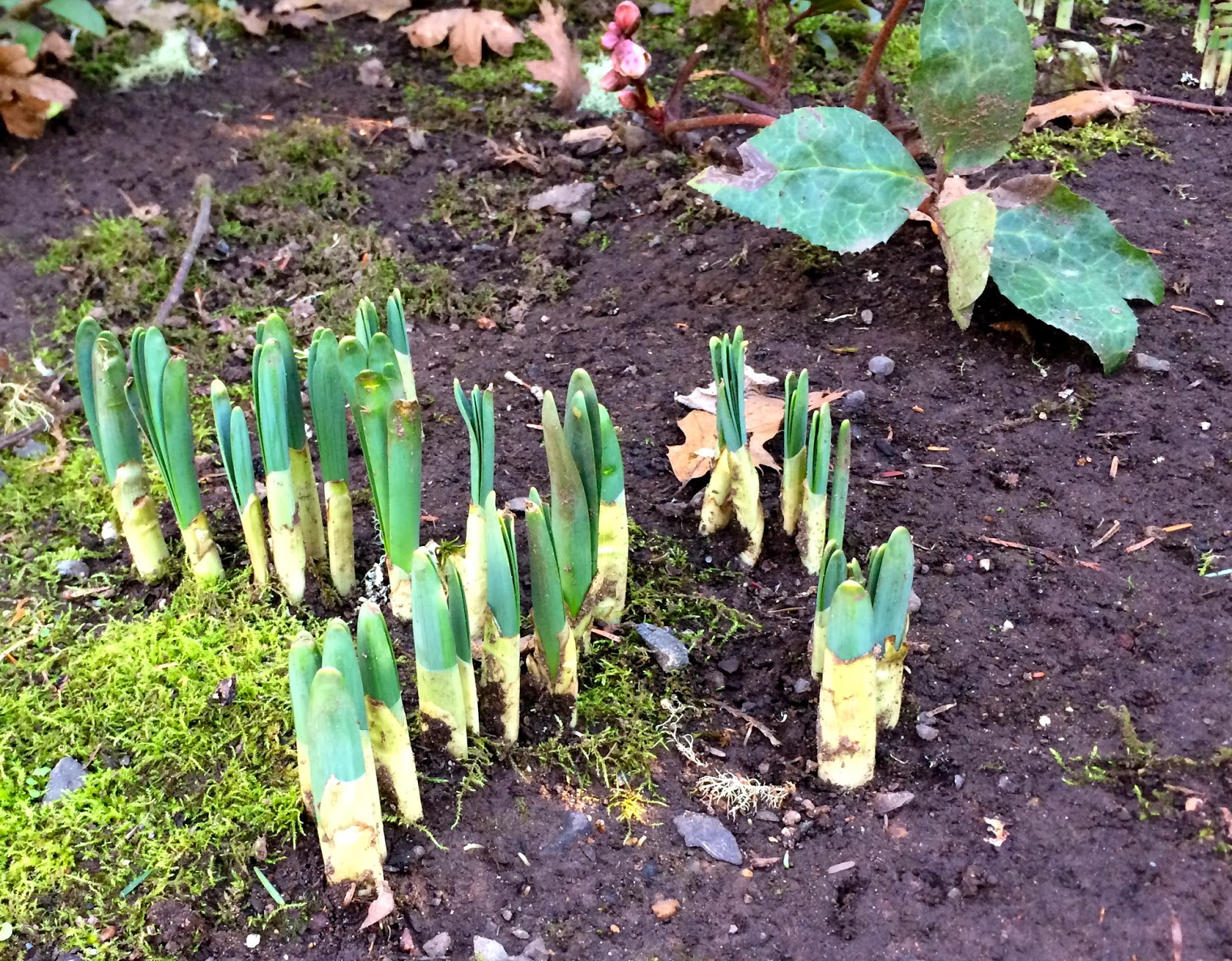 In "The Phoenix Again," Sarton writes:

"After the flame, a pause.
After the pain, rebirth.
….
It struggles now alone
Against death and self doubt
But underneath the bone
The wings are pushing out."

When I leave the house for my walk, I see the "wings" of spring pushing out, slowly and insistently, nudging though the "bone" of barren earth. I see the promise of flight and rebirth and feel the energies of renewal pushing against the bones of my own body and beliefs. How lovely this evidence of change and of life to come! A swell of potential arising again. Today, I'm grateful to live in an area of four seasons where I encounter evidence of life's natural cycles--for plants as well as people--on every walk I take. 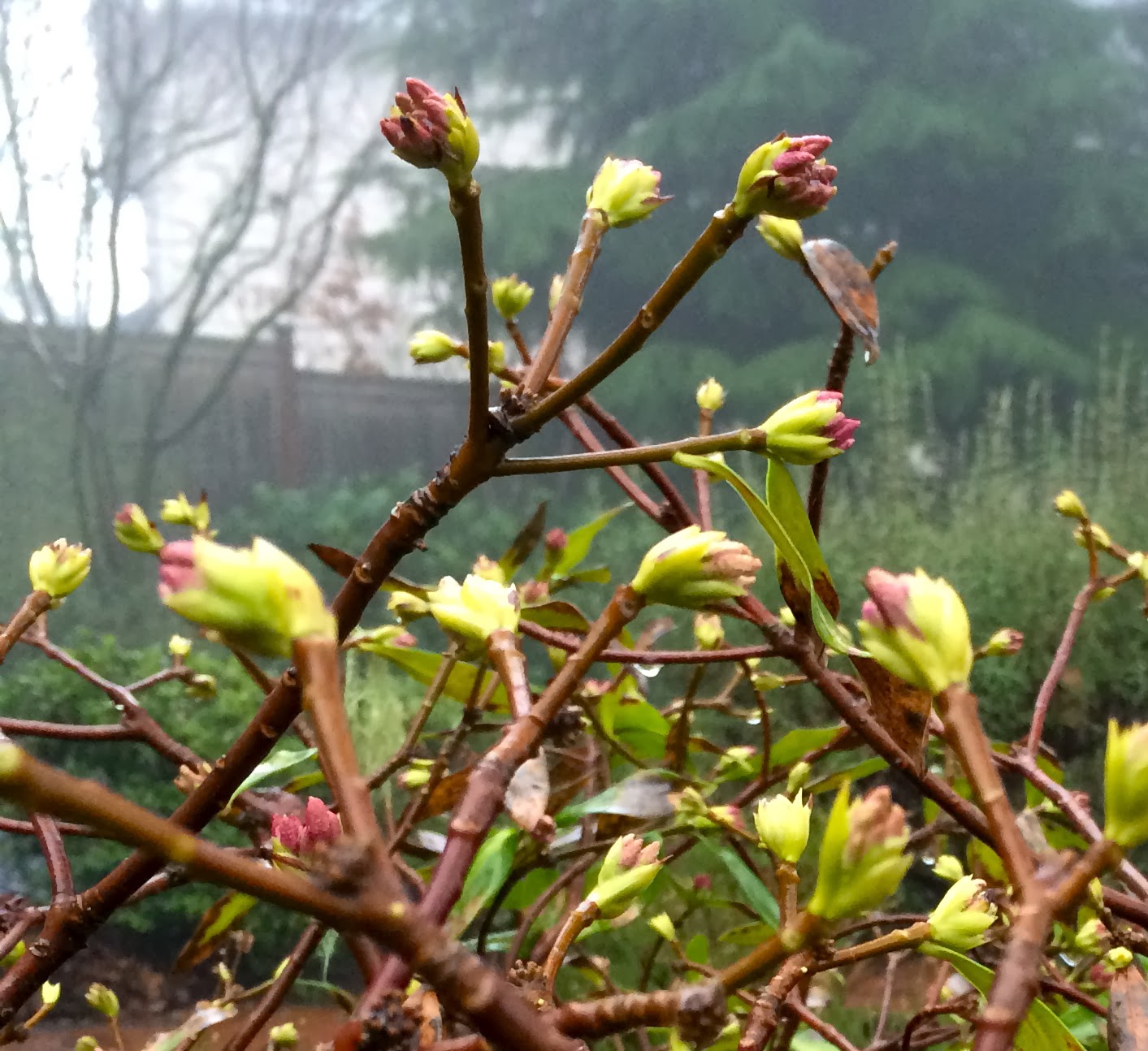 Sometimes, of course, I see only the mud. Or only the barren branches of the daphne bush, stripped of foliage by harsh freezes in December. But today, I see insistent bulges forming at the tips of those bare branches. A fragrant bloom emerging. No wonder I'm reminded of May Sarton: "After the flame, a pause. After the pain, rebirth."

Read the full text of May Sarton's Poem, "The Phoenix Again."  Sign up above, right, for direct email delivery of new blog posts on A Spirited Life.

Posted by The Spirited Walker at 8:00 AM
Email ThisBlogThis!Share to TwitterShare to FacebookShare to Pinterest